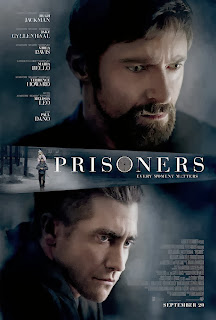 "Prisoners" managed to hit a sweet spot for me that very few mystery stories accomplish. The film drops enough hints about the true nature of events that the reveals make complete sense when they happen without being too obvious early on. The acting is great all around and the atmosphere is suitably bleak through Deakins' lens. A tense experience that also manages some ethical questions. Is there such a thing as too far when it comes to trying to save your child's life? Is that line crossed here? 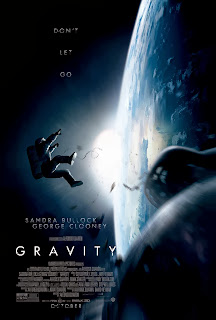 "Gravity" is like many other blockbusters in several respects. It is light on story, simplistic in its characterizations and fairly predictable in plot. However, it is head and shoulders above any other (non-Nolan) blockbuster in terms of execution for the better part of a decade. It is a feat of technical wizardry, an absolute masterclass in camera choreography and perfectly controlled tension - easily one of the most thrilling theater experiences that I have ever had. I'm not usually the one white-knuckled in the theater, but here... I don't often advocate for inflated ticket prices, but if you can still see it in IMAX 3D, do so.

Wright, Pegg and Frost somehow find a way to bring their loose "trilogy" to a satisfying conclusion. The World's End, while sporting some obvious inspirations, isn't nearly as focused on referential comedy and parodies as Shaun of the Dead and Hot Fuzz were. This film is much more focused on its characters and the process of "moving on," while still being extremely funny in its own right. Some might get mood whiplash from the transitions between drama and comedy, but I feel it works for the most part. I've always liked Simon Pegg, but I feel that this is by far his best character and overall performance. One pleasant surprise was how awesome the fights were - it's partially a condemnation of current films and partially a compliment to this movie's crew, but Nick Frost's brawl scenes are some of the most fun fight sequences in recent memory. Seriously great. 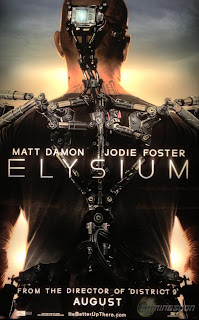 The trailers promised a sci-fi film that would explore (in a one-sided sense) the timely topics of social classes, immigration, and healthcare. What was delivered was an action film with flimsy cardboard cutouts of these issues as backdrops. The story is generic, the characters are (generally) very archetypal, and the dialogue is occasionally cringe-worthy with several very awkward exposition sequences. But that fairly rickety framework is just barely enough to carry an otherwise very cool production. Blomkamp goes a touch overboard with shaky-cam in a couple of sequences, but otherwise shows a really sharp eye for this kind of film. The production design is absolutely fantastic and of particular note is the sound design, which gives a lot of weight and authenticity to the action. Most of the acting is just passable, with two exceptions to either extreme: Copley to the awesome-scenery-chewing end and Foster to the what-the-hell-was-that-hot-garbage end.

Theater Interruption (Kick-Ass 2 / You're Next)

Welcome to the newest installment in our "Summer of... Meh" series. 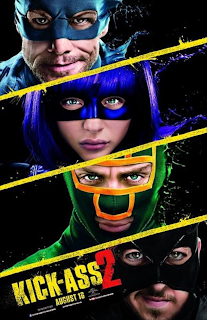 It is not as good as the sequel I had hoped for, but not nearly as bad as the one that I expected, either. There's a pretty decent amount of delicious over-the-top comedy and violence on display, but it is also missing a couple key ingredients that elevated the original (at least a bit). First, you never realize how much you like Nicholas Cage until he is not there anymore. His Big Daddy character was great and far better than the kinda-sorta replacement, Colonel Stars and Stripes, as (under)played by Jim Carrey. Second, the comedy is more scattershot and less satirical than what was featured in the first. The voice-over narration from Kick-Ass was noticeably lacking in this installment as well. Not bad, but not particularly interesting. 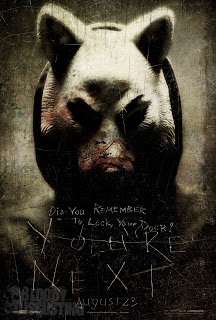 This one's apparently been sitting on the shelf for a while waiting for a distributor - which is weird, considering the dearth of interesting horror for the past couple of years. Of course, the fact that it is as much a black comedy as it is a straight horror flick could have something to do with that. Wingard and Barrett know their slasher tropes and want to make sure you realize just how clever and subversive they're being in one scene before completely changing course and playing everything completely straight in the next. This results in the movie tripping over itself quite a bit while it tries to play hopscotch between black comedy and horror, but there were still enough laughs and extreme kills that I enjoyed myself throughout. It is nice to have certain clichés turned on their head for once, but it seems like the creators find this far cleverer than it actually is in practice.

Schmitty
Join me on my current journey to actually watch all of the movies that I own. *gasp* I know, right?